Ovilla Dollar Leakage.
An in-depth study by The Retail Coach (a market analysis and retail recruitment
company) in early 2011 was conducted to determine the following about the city of
Ovilla:

One of the study findings was that retail sales leakage (spending and potential tax
revenue going out of the city to surrounding cities and their retailers) is substantial
– a net of over $235 million per year. Over $32 million is leaving Ovilla to eat at
places outside the city. Another $31 million is leaving Ovilla to shop at grocery
stores outside the city (see chart below).

Another interesting finding was that the psychographic profile shows that over 30
percent of Ovilla residents are “Country Squires” who are among the wealthiest
residents in suburban United States.

As a result of these findings, an action is under way to bring together the OEDC,
developers, and business owners to attract new businesses and developments to
Ovilla. Along with the concept of identifying and bringing new businesses to the
city, the OEDC is also looking at any effective revenue and job creation potentials
from existing businesses. 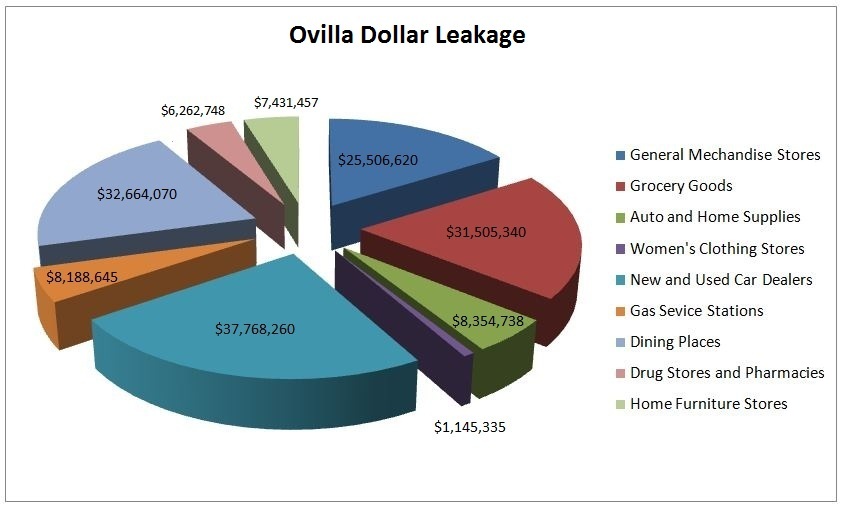