The City of Ovilla is committed to a transparent government.  Transparency promotes accountability and shares information to our citizens so they will know where and how their tax dollars are being used.  The following information is provided with complete effort and commitment to achieve this goal.

If you need assistance or explanation with any of the following information, please contact Ovilla Finance Department either by phone- 972-617-7262, fax- 972-515-3221, or you can email the City of Ovilla.

Instructions for completing Public Information requests may be obtained through the office of the City Secretary.

April 2014, the City of Ovilla was awarded the Platinum Leadership Circle Award through the State Comptroller of Public Accounts by implementing financial transparency. What is Texas Transparency?

Again, July 2015, the City of Ovilla was, for the second year in a row and the first municipality in Ellis County, to be awarded the Platinum Leadership Circle Award through the State Comptroller of Public Accounts for continued financial transparency.
Since then, the Comptroller's office has modified the criteria and Ovilla applied for the Texas Comptroller Transparency Stars Award and received the recognition of Traditional Finances.

Property taxes become due when the taxpayer receives the statement, typically around the first of October each year.  Normally, January 31 of the following year is the due date without penalties. 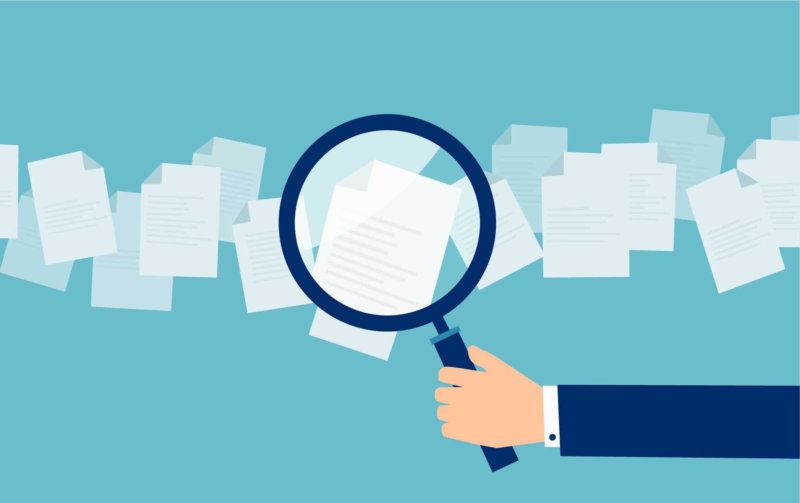 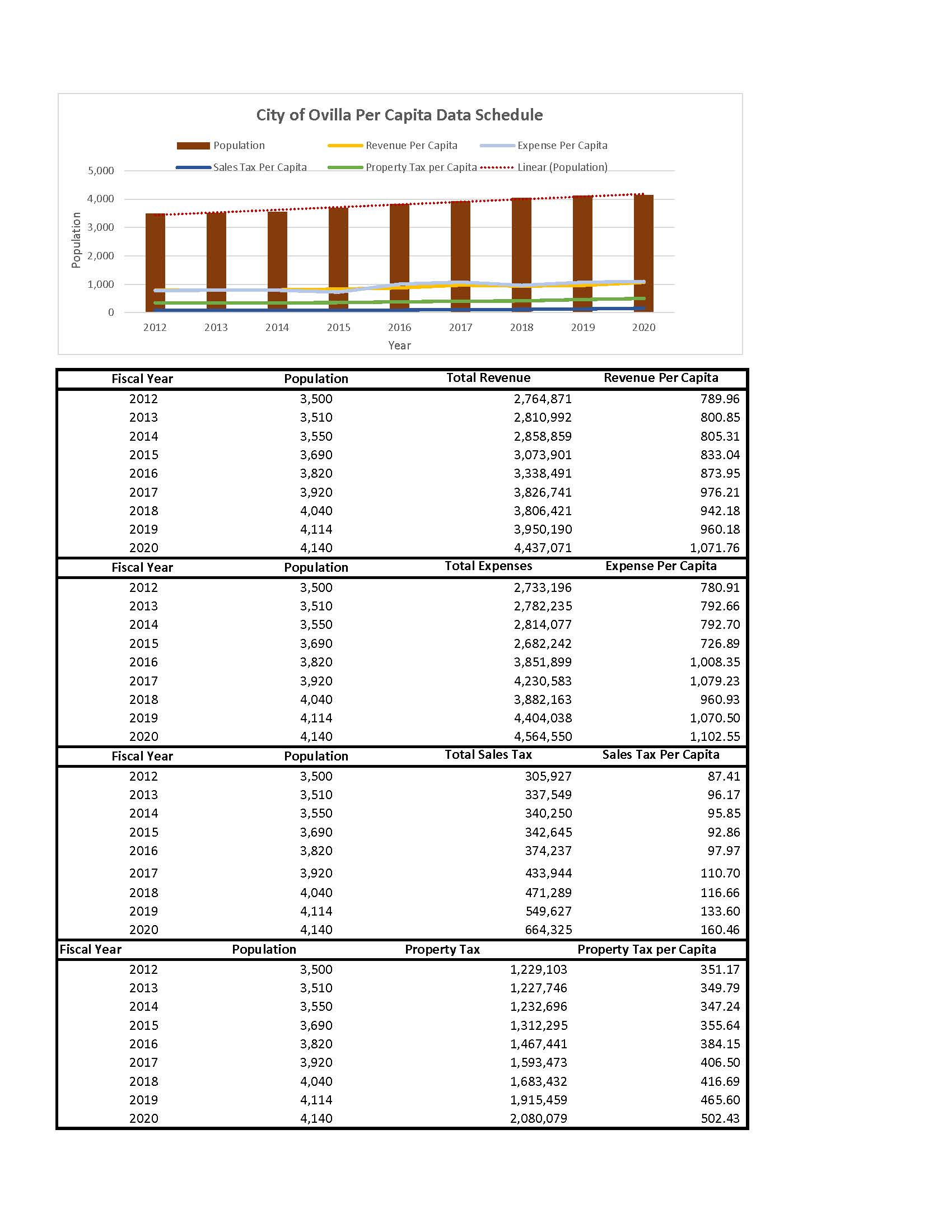 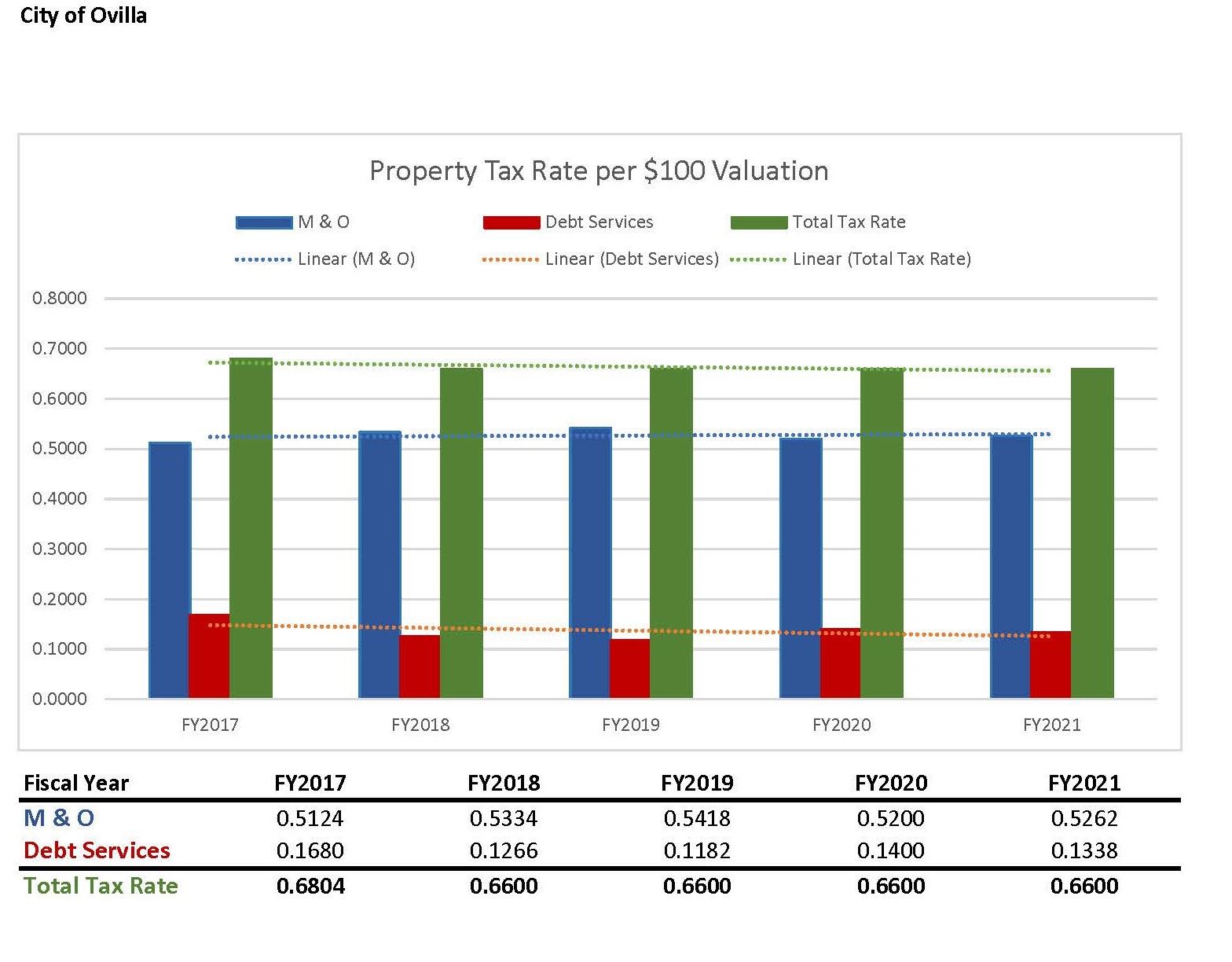 BACKGROUND INFORMATION:  The Texas Constitution and Property Tax Code states that a taxing unit (City) must comply with certain steps in adopting their tax rates. The Truth-in-Taxation Law was passed for two purposes. The first is to make taxpayers aware of tax rate proposals and the second is to allow taxpayers, to limit the tax increase. The Texas Comptroller of Public Accounts publishes a guide every year with all the updated laws to make this process easier for Cities to follow. The four major principles of truth-in-taxation is that the property owners have the right to know about increases, the tax unit must publish the No-New Rate (formerly the effective rate) and the Voter Approval Rate (formerly the rollback rate). The taxing unit must publish a special notice and hold one public hearing to receive citizen comments before the taxing unit may adopt their tax rate. Any rate exceeding the De-minimis rate or at the Voter Approval Rate allows the voters to petition for an election. The No-New Rate is the rate that is a calculated rate that would provide the taxing unit with the same amount of revenue it received in the year before on properties taxed in both years. If property values rise, the No-New tax rate will go down. If property values fall with appraisals, then the No-New tax rate goes up.
The No-New rate up to the Voter Approval rate is the calculated rate that is the maximum rate allowed by law without voter approval. Effective January 01, 2020, the voter-approval rate capped at 3.5% for cities and counties.
The tax rate is split into two parts. The first part is the maintenance and operation rate or commonly referred to as the M and O rate. This rate is used to fund the day-to-day operations and is unrestricted revenue. This rate is set by Council.  The second part is the debt rate or commonly referred to as the I and S rate. This rate is used to fund any bonds that have been issued by the City. This rate is set by the amount of debt the City currently is paying and is calculated by the Ellis Tax Office.

This rate exceeds the No-New rate but is lower than the Voter-Approval Rate rate. State law requires that one public hearing be held by the governing body before adopting the proposed tax rate. The governing body of CITY OF OVILLA proposes to use revenue attributable to the revenue increase for the purpose of capital purchases, and general operational increases.

The City Council of the City of Ovilla, Texas, will conduct a public hearing in-person at 6:30 pm, on September 13, 2021.  In order to advance to the public health goal to prevent the spread of the coronavirus, we encourage "social distancing" and the wearing of masks in the Council Chamber Room.  This is an open meeting for everyone.  Public access to the meeting is at the Ovilla Municipal Building, 105 S. Cockrell Hill Road, Ovilla, TX 75154.  To submit public comments, email Glennell Miller, City Secretary at gmiller@cityofovilla.org. for instruction.

The budget serves as the financial plan for the City. Each fiscal year budget depicts proposed expenditures and revenues listed by department and account description. The City had 80 full-time equivalent employees at the end of the fiscal year 2021.


Each Council position is elected at-large and represents all citizens.  Including setting policy, approving ordinances and resolutions presented by staff, the Council shall approve an annual budget, for which operations are made and budgeted sums for each project are identified.  The budget shall contain a complete financial statement of the city showing all outstanding obligations of the city, the cash on hand to the credit of each and every fund, and funds received from all sources, the estimated revenues available to cover the proposed budget, and the estimated rate of tax.

Your Mayor and Council may be contacted by email following this link or through the office of the city secretary, or by calling the city offices 972-617-7262. 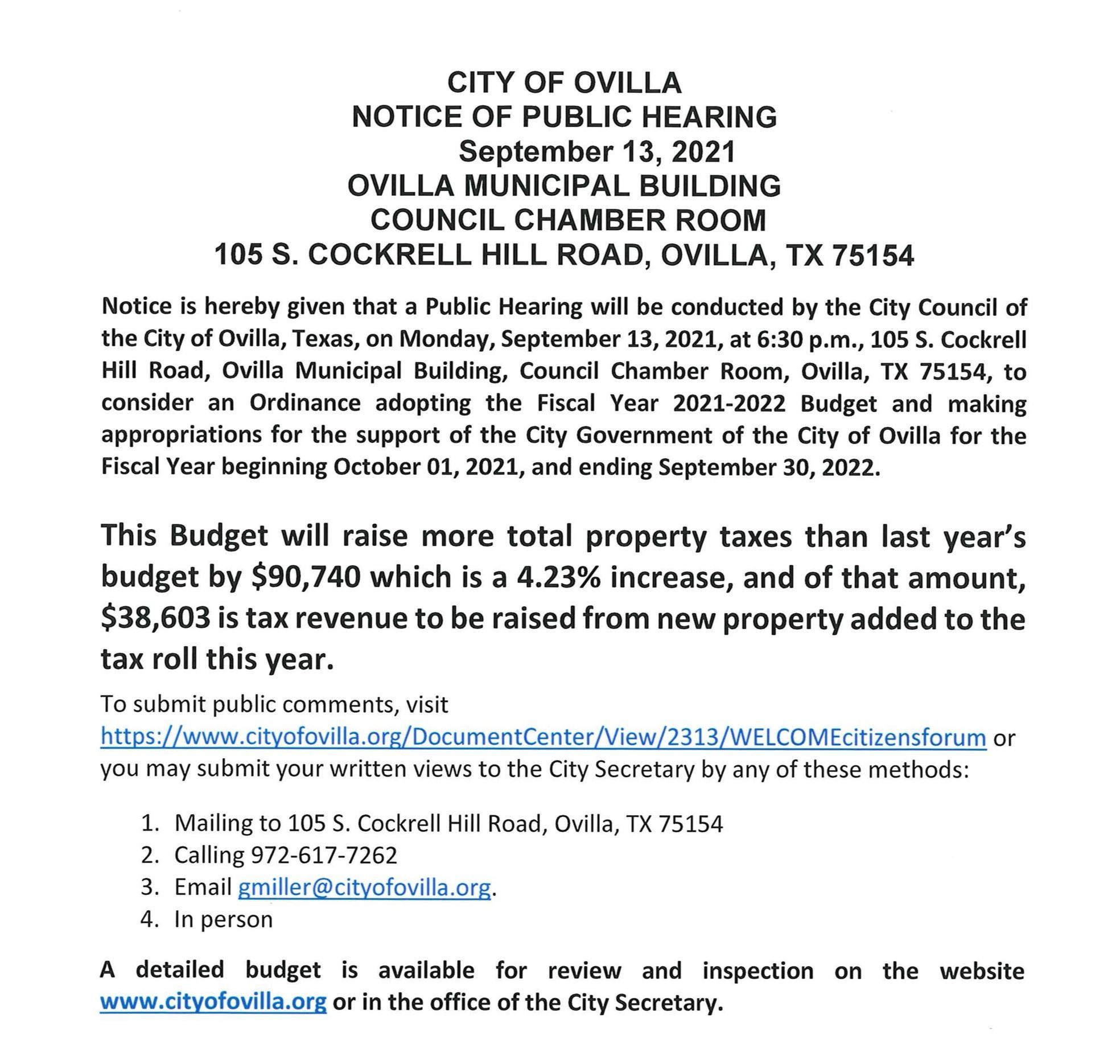